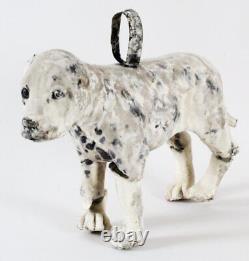 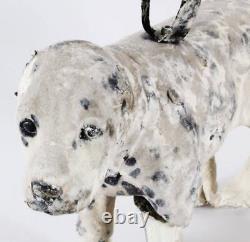 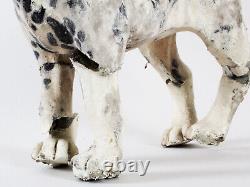 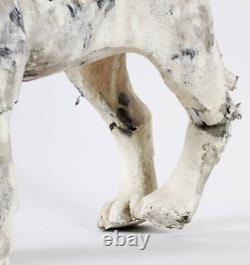 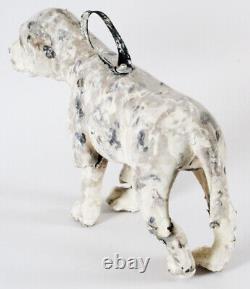 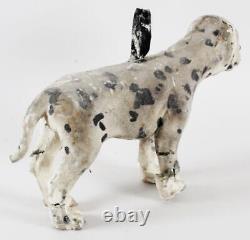 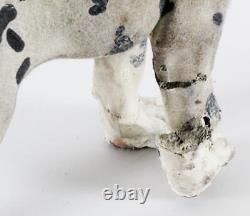 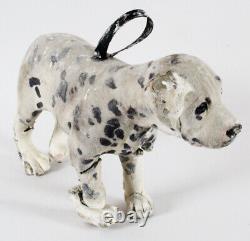 101 Dalmatians is a 1996 American live-action comedy adventure film based on Walt Disney's animated 1961 movie adamptation of Dodie Smith's 1956 novel The Hundred and One Dalmatians. Directed by Stephen Herek and co-produced by John Hughes and Ricardo Mestres, it stars Glenn Close, Jeff Daniels, Joely Richardson, Joan Plowright, Hugh Laurie, Mark Williams and Tim McInnerny. Unlike the 1961 film, none of the animals have speaking voices in this version. Presented is a life size prop dalmatian that was made for the 1996 film. It was used as a stand-in during the production. The spotted puppy is made from a hard resin like foam material. Long and at the top of it's head height 14? The doggy shows heavy aging/wear and soiling throughout (especially on the legs from which there are portions missing). There are no ears on it and it has a stubby tail. The top features a connected strap for ease of movement. Interestingly, the ones that were animatronic in the film were made by Jim Henson's Creature Shop. Presumably, the ones in this collection were as well.

Overall, an interesting unique prop from a classic Disney film. 101 Dalmatians Original Dog Prop. Please contact Customer Suppport if you have any questions. This item is in the category "Entertainment Memorabilia\Movie Memorabilia\Props\Originals".