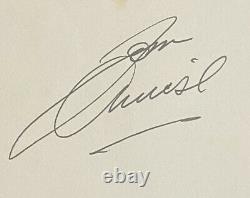 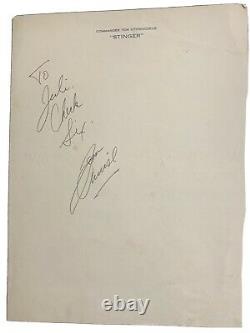 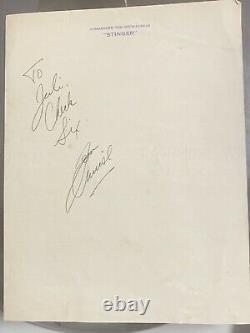 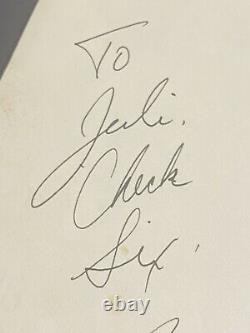 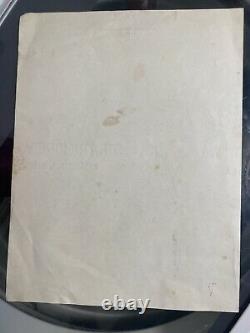 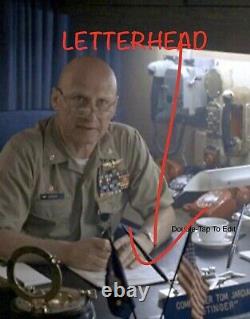 1986 TOM CRUISE AUTOGRAPH While filming Top Gun Aboard USS Ranger. Autograph is on letterhead paper produced for the film belonging to Commander Tom Otowaczeck. My stepfather, US Navy Lieutenant Commander Ronnie Kay Parker, Assigned to the USS ranger, assisted in the shooting of Top Gun While aboard the USS Ranger - responsible for electrical requirements such as lights etc. He obtained this autographed of Tom Cruise for me during the filming on the USS Ranger.

It reads: To Julie, Check Six, Tom Cruise. Check Six - Visual observation of the rear quadrant, from which most air-to-air attacks can be expected.

Refers to the clock system of scanning the envelope around the aircraft; 12 o'clock is straight ahead, 6 o'clock is directly astern. The printed letterhead reads : Commander Tom Otowaczeck STINGER. This is the letterhead you see sitting on the desk of the Top Gun Character Commander Otowaczeck played by James Tolkan. James Stewart Tolkan (born June 20, 1931) is an American character actor. He is best known and remembered for his roles as Mr.

The letterhead paper is watermarked Strathmore 25% cotton fiber USA. Do not think u will find another one of these floating around. It is a fantastic piece of History for the now decommissioned & scrapped USS Ranger as well as the film, Top Gun. Interview Aboard was the USS Ranger. The item "1986 TOM CRUISE -TOP GUN AUTOGRAPH ON MOVIE PROP Aboard USS Ranger" is in sale since Sunday, August 23, 2020.