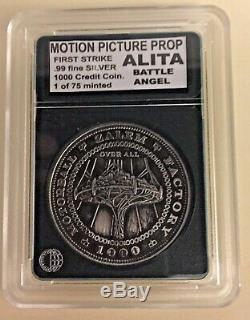 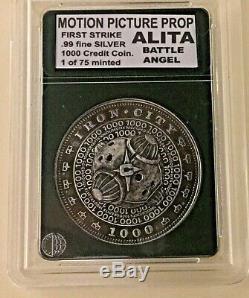 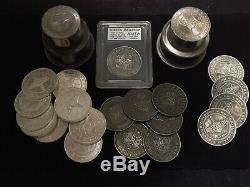 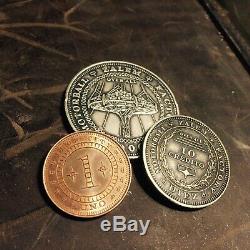 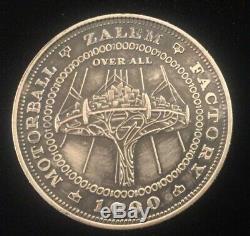 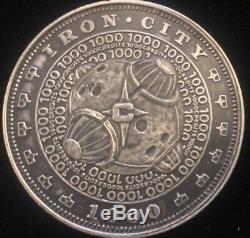 Up for sale is (1) authentic pure silver. 99 fine 1000 credit coin minted for use in the motion picture Alita Battle Angel and aged during pre-production to match the look of the film. This is one of 10 that were aged at the studio during pre-production. There may be three others available but the where-abouts of the rest are a mystery. It is one of only 75 total minted during pre-production of the film for use on camera in various scenes. This is the one of only few that I have from the film. Most of the original coins either disappeared off of set during the week of filming the bar scene, were given to visiting press, studio people, dignitaries or sent to Fox for promotional give aways during the production of the film.

The rest of the original coins were dispersed by the end or soon after production ended, by producers to begin promotion of the film. The Nickel Silver and the 1 ounce pure silver coins were only made for the production of the film and were minted in two groups dating to September 2016 and January of 2017. All of the nickel silver and (50) pure silver.

99 fine were minted in 2016 and an additional 25 pure silver. 99 fine minted in January 2017. 10 of the original silver coins were blackened and aged for use on camera- unfortunately the scene they were to be used in was cut in a re-write before filming.

These coins never got their close-up but they are so much rarer than the others that they will command a much higher price. Not to mention they are made of pure silver and are incredibly beautiful. Each coin has been hand aged in the prop shop and is unique in appearance. None of these coins saw further minting or distribution. Mintage total to date of all Alita 1000 credit coins.