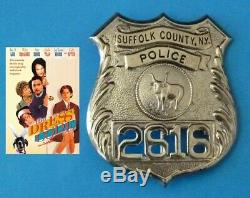 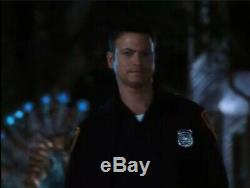 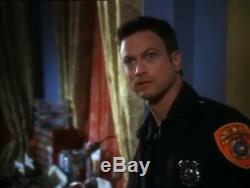 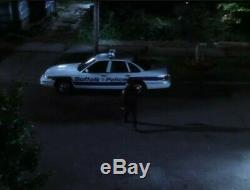 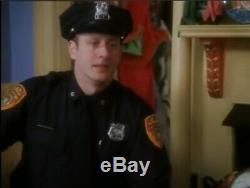 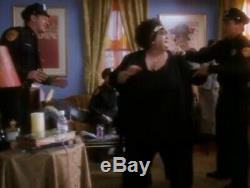 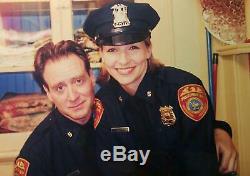 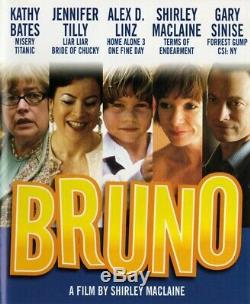 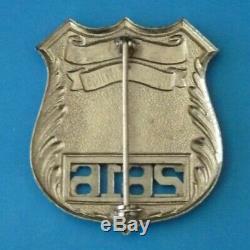 This is a screen used movie prop only! Bruno (released as "The Dress Code" on DVD and VHS) Prop Badge. This is from the 2000 movie starring Gary Sinise not the 2009 movie with Sacha Baron Cohen!!!!! I do not know which officer wore this badge.

Obtained directly from the prop master who worked on the film. Linz is a young boy attending an American Roman Catholic school. Bruno's estranged father Dino (Gary Sinise), a police officer, left the family long ago and Bruno lives with his mother Angela (Stacey Halprin). Angela is overweight and dresses flamboyantly in outfits that she designs and makes herself, standing out in stark contrast to the rest of their conservative Italian American neighborhood. While competing in advancing levels of the Catholic school spelling bee, Bruno decides to start wearing dresses.

He wears them as a source of empowerment as well as feeling the need to express himself. He often identifies with angels and, when challenged that he can't wear a dress to the spelling bee championship in Vatican City, Bruno points out that even the Pope wears a dress.

For his choice in outfits, Bruno receives heavy criticism from fellow students and faculty, especially the school's Mother Superior (Kathy Bates) as well as becoming a target of the school's bullies. Initially supported only by his best friend Shawniqua (Kiami Davael), as he progresses further in the spelling competition, his choices of self-expression eventually become accepted by his peers and his superiors.

Bruno wins the spelling bee competition and meets the Pope. With the help of his grandmother, Helen (Shirley MacLaine), Bruno also begins to form a bond with Dino who, in turn, is inspired by his son to pursue his long abandoned childhood dream of becoming an opera singer, despite previously being unwilling to accept his son, even leaving the room before Bruno sings in a dress.

The seller is "amay6088" and is located in Pasadena, Maryland. This item can be shipped worldwide.