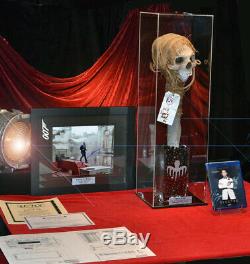 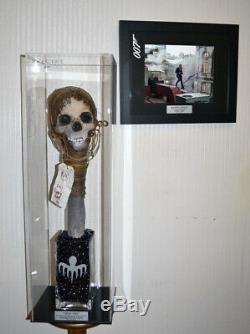 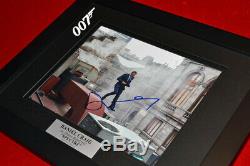 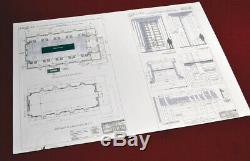 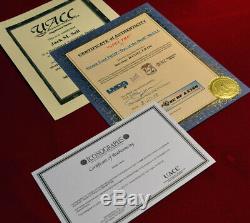 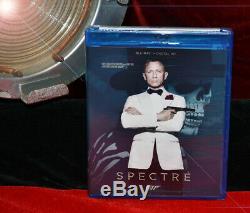 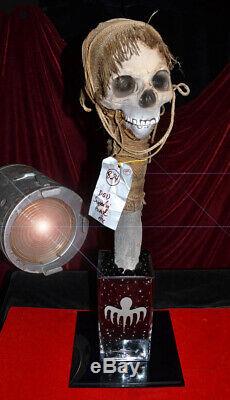 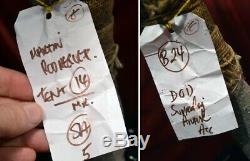 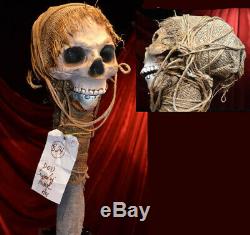 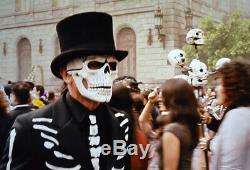 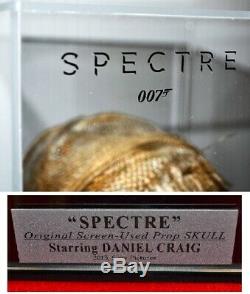 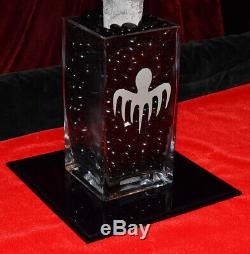 DANIEL CRAIG as JAMES BOND 007. A Great Gift or Investment! This JAMES BOND 007 "BOND #24" (B24) collection includes. An Original Screen-Used PROP SKULL acquired at PINEWOOD STUDIOS and used when filming on location in Mexico City for "SPECTRE". A DRAMATIC Genuine Original DANIEL CRAIG Signed Autographed 007 PHOTO in a beautiful Black FRAME with Engraved display PLAQUE & 007 Logo. Original Pinewood Studios BLUE PRINTS for making the "Elevator" scene in the opening scene of "SPECTRE". A sealed DVD (BLU RAY & Regular) of "SPECTRE" DVD. 2 Original COA's (Certificate of Authenticity)... As a TV & Movie DIRECTOR and a lifetime member of the Director's Guild of America, D. ", "AEON FLUX, " "WARM BODIES, " "CASINO ROYALE, " "THUNDERBALL, " "GONE WITH THE WIND, " "HOOK, " "CHRONICLES OF RIDDICK, " "HANNIBAL, " "BATMAN, " "HUNT FOR RED OCTOBER, " "WIZARD OF OZ, " "IT'S A WONDERFUL LIFE, " "SUPERMAN, " "WAR OF THE WORLDS, " "NATIONAL TREASURE, " "SKYFALL, " "SPIDER-MAN" & "PIRATES of the CARIBBEAN + dozens of other Films & Television shows, many destined to become Classics that will live on for millions of viewers for years to come... And this is one of my favorite groups!

Screen-Used PROP SKULL was obtained by a D. The original 8x10 Color Autographed Photo is framed & double matted using acid free materials with the 007 Logo and engraved Description Plaque.. Director Sam Mendes created what looks like a continuous scene of James Bond (Daniel Craig) with a skull mask on..

The camera follows 007 walks through the streets of Mexico City while the crowds are celebrating DOD. It details how to build and/or shoot the Elevator used in this opening scene of "SPECTRE" when Bond enters the elevator and it opens up to another floor!

This great opening scene sets the plot for Bond 24... A posthumous message from the previous "M" (Judi Dench) has 007 there to carrying out an unauthorized mission to stop a terrorist bombing plot.

This is a Rare ONE OF A KIND James Bond 007 Collection. The deluxe Custom Made plexiglass CASE measures approximately 27" high with a black base that measures approximately 9" x 9 square. The CASE has this custom black LOGO at the top and this engraved Silver description PLAQUE at the bottom.. The BASE with the black weighted pebbles has a Silver SPECTRE LOGO attached to it as well.. This "One of a Kind" Screen-used PROP SKULL is a very rare Original Rare Prop that was used on location in Mexico City..

This SKULL PROP was used in crowd scenes in Mexico City.. There were many different skulls like these used in the scene. This Screen-Used PROP SKULL is very well made... The stick is hard inside, but covered in a foam material that is painted brown. The Skull is highly detailed & painted, along with cloth and string around it to make look homemade and aged..

Attached to the PROP SKULL is the original Prop TAG that identifies the prop details/information... B24 stands for "BOND #24 FILM"... They didn't use the name "SPECTRE" while filming, just the number of the Bond movie that's being shot to keep curious onlookers away from the filming, etc... "DOD" stands for "Day of the Dead" scene. The PROP SKULL measures approximately 24..

The new Black Framed AUTOGRAPH is just ready to hang on the wall of your Media Room, Office or Museum. The fantastic genuine "SPECTRE" Screen-Used PROP SKULL came directly from PINEWOOD STUDIOS with the studio prop tag and includes the original Certificate of Authenticity that guarantees this original and genuine by D. You also receive the original COA that guarantees the Daniel Craig signature genuine from world renowned ICONOGRAPHS Autographs. Finally, you also receive the factory sealed Blu Ray DVD of "SPECTRE, " Starring Daniel Craig... You get BOTH the BLU RAY + Digital HD...

The original Prop "SPECTRE" Screen-Used PROP SKULL & AUTOGRAPH have been stored in a temperature controlled environment in an acid free case in a smoke free, pet free environment since being acquired.. Are responsible for paying any V. Check out our other auctions for more TV & Movie Collections that include Wardrobes, Props & Autographs. Sell is a Registered Dealer with the U. We are proud that some of our memorabilia on display in the SMITHSONIAN, Washington, D.

Jimsoden: Great packing, good emails, very generous with his time and effort, class act!!! Circus10: Fabulous costume, vintage RBBB. Belfast: Wonderful Ebayer & with genuine COA's too! JACK, GOT YOUR PACKAGE TODAY! I WAS VERY IMPRESSED AT THE WAY YOU PUT ALL THE PROPS TOGETHER. I PUT YOU IN ONE OF MY FAVORITES! Good Morning, I just wanted to tell you that the lady who bought Bond 007 DANIEL CRAIG Signed 007 EXHIBIT is VERY PLEASED!! They all are very happy!! Thank you, Thank you so much for rapid courteous service!!!! AND, THANKS TO THE OTHER 10,000 GREAT EBAYERS WE'VE HAD THE HONOR OF WORKING WITH 15 YEARS... WE LOOK FORWARD TO MEETING MANY MORE GREAT EBAYERS IN THE FUTURE FROM ALL OVER THE WORLD! If this autograph is declared not to be authentic, we may ask the purchaser to supply the full written opinion of one competent authority acceptable to us.

JAMES BOND 007 Autograph & "SPECTRE" Collection that includes obtained by a D. (Director's Guild of America) Film & TV Director from a crew member working on the film in the large 007 Stage at Pinewood Studios... Of course, you get COA's that guarantees this Screen-Used PROP SKULL and in-person signed AUTOGRAPH genuine for life.. A GREAT MOTION PICTURE COLLECTION from a great 007 film, "SPECTRE". Includes the Original Screen-Used PROP SKULL acquired at PINEWOOD STUDIOS and used when filming on location in Mexico City for "SPECTRE, " a DRAMATIC Genuine Original DANIEL CRAIG Signed Autographed 007 PHOTO in a beautiful Black FRAME with Engraved display PLAQUE & 007 Logo, Original Pinewood Studios BLUE PRINTS for making the "Elevator" scene in the opening scene of "SPECTRE, " a sealed DVD (BLU RAY & Regular) of "SPECTRE" DVD, 2 Original COA's (Certificate of Authenticity) and Display CASE!

A GREAT piece of JAMES BOND MOTION PICTURE history! Movie & Television Memorabilia & Autographs can make for a good investment as well! Check out our other auctions for more great movie & television PROPS, AUTOGRAPHS & COSTUMES! Imagine giving this ULTIMATE great JAMES BOND 007 movie collection to the BOND Fan in your life or just keeping it for yourself for what could be a good investment! WE ALSO OFFER A 3 MONTH LAYAWAY PLAN WHERE YOU CAN MAKE 3 EQUAL MONTHLY PAYMENTS TO US & WE DON'T CHARGE ANY INTEREST.... Rare & Valuable ONE OF A KIND "James Bond 007" COLLECTION!! It's very hard to find the real Props from this great movie... DON'T MISS THIS OPPORTUNITY!!!

This item is in the category "Entertainment Memorabilia\Autographs-Original\Movies\Photographs". The seller is "jackmsell" and is located in New Port Richey, Florida. This item can be shipped worldwide.