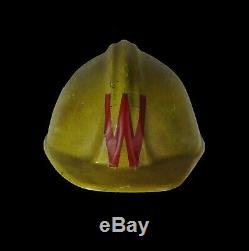 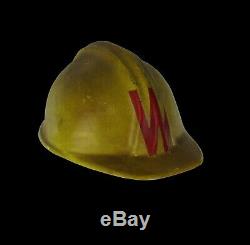 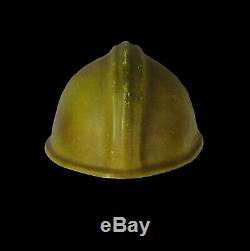 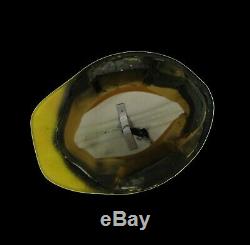 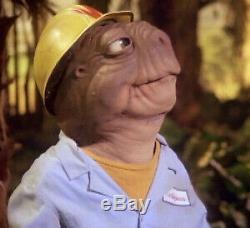 This hat is cleary seen being worn by Sid Turtlepuss, a co worker of Earl Sinclair at WESAYSO. Apart from Roy Hess, Sid was the most frequently seen work buddy throughout the series. Made from a type of plastic, possibly vac form, and measuring at approx 14.5" long x 11" wide, it remains in a good production used condition with some light scratches in places.

It also has the actors name and screen name handwritten on the inside of the hard hat. Dinosaurs was an American sitcom about a family of anthropomorphic dinosaurs, designed by the Jim Henson team. It was produced by Michael Jacobs Productions in association with Disney TV.

The seller is "studiopropsuk" and is located in Camborne. This item can be shipped worldwide.