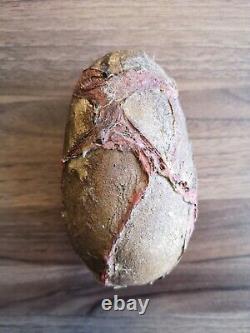 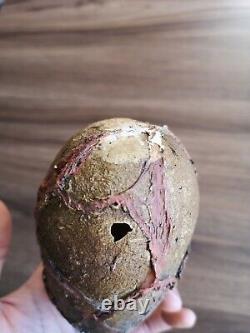 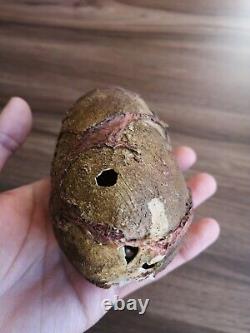 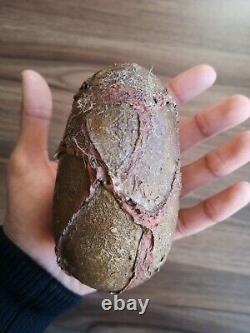 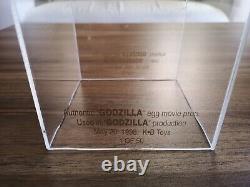 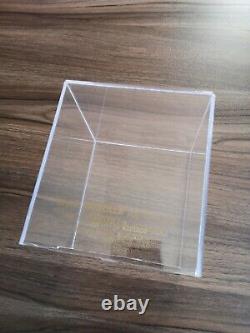 Original Godzilla (1998) Screen Used Baby Godzilla Egg Miniature Prop. This is an original Godzilla egg which was made and used during the production of the 1998 monster blockbuster. These miniature eggs were seen and used towards the end of the movie, in the miniature Madison Square Garden set as seen in picture 7. The egg itself is a little under 5 in length, is made of hollow resin. This particular egg was 1 of 50 eggs removed from the Madison Square Garden set after production wrapped up in 1998 and gifted to the top 50 employees at American based KB Toys, as a thank you for supporting the movie with Godzilla licensed products.

The egg was originally mounted within a case, however was removed by myself in order to display it out of the box. As the display case was glued to its base, I had to cut it open and no longer have the base. I do however still have the clear case (as seen in pictures 5 and 6) which I will supply along with the egg. The egg has 4 small holes (As seen in pictures 2 and 3). I'm not sure if these were part of production, as many of these eggs were cracked in order to apply the CGI effects of the Godzilla offspring, as they began to come out of their shells. However, from what I have seen, this egg is one of the best surviving examples from the movie, as unlike many others, this egg still remains its original production fur/hair/webbing effect.