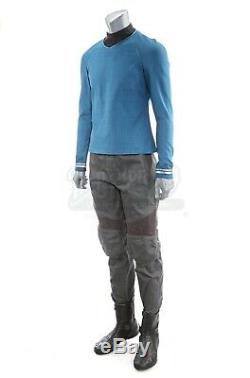 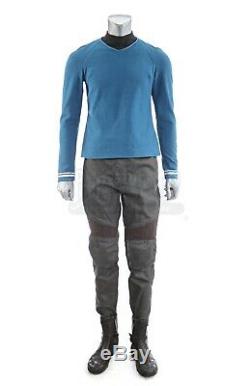 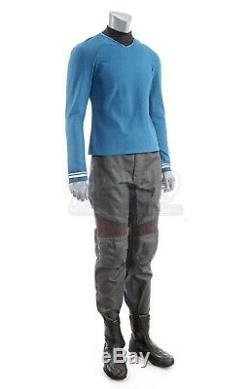 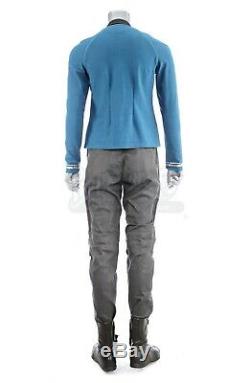 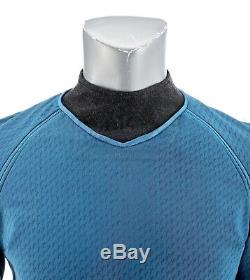 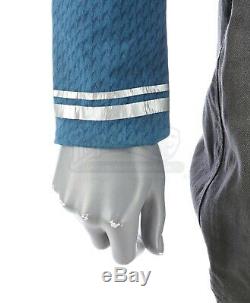 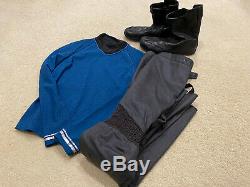 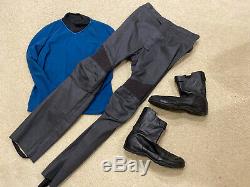 This is an original screen used Blue Starfleet Science Officer costume used in both Star Trek AND Star Trek Into Darkness! This Blue Starfleet Science Officer costume with silver sleeve rank bars was worn in both movies by a member of the Enterprise crew, and can actually be seen on board the iconic starship! The costume is in amazing screen used condition and shows only minor signs of usage despite being used in BOTH the original Star Trek movie and its sequel Into Darkness. The costume consists of the iconic blue tunic w/silver rank bars on the sleeve (size marked 6W), Starfleet pants (size 33/34) and rare character DKNY boots (size 9). The boots make this costume extra rare, as the majority of background crew and non essential characters wore basic costume shoes, with only principles and close to camera actors wearing the actual boots.

Again, this incredible and iconic costume was worn and used in BOTH movies! Dont settle for a replica when you can have the real actual screen used thing!

This costume was actually worn on the Enterprise! With the end of the series being confirmed and no fourth installment being made, no more of these costumes will be made or used, making rare original costumes like this even rarer and sought after! Thank you for your interest and good luck! The item "Star Trek Screen Used Original Blue Starfleet Science Officer Costume Movie Prop" is in sale since Tuesday, July 21, 2020. This item is in the category "Entertainment Memorabilia\Movie Memorabilia\Props\Originals".

The seller is "trader806" and is located in Windermere, Florida. This item can be shipped to United States.