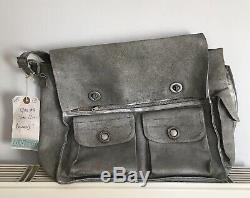 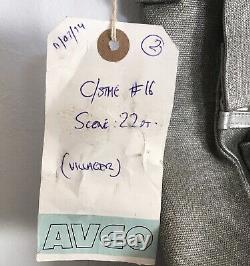 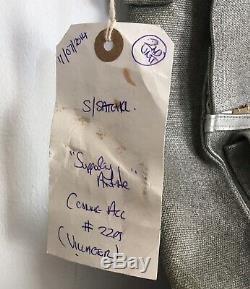 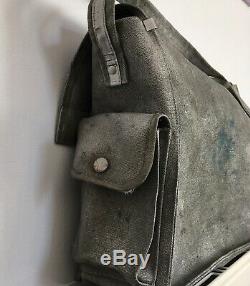 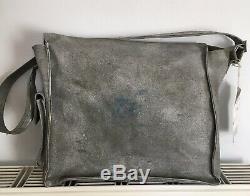 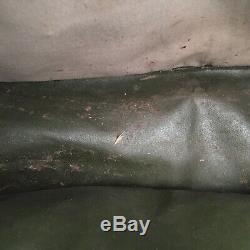 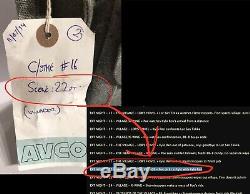 A rare chance to own a genuine, screen-used, production prop from Star Wars: The Force Awakens. AVCO was the production name for The Force Awakens named after the Avco theatre in Westwood, California, where J. Abrams and Greg Grunberg first saw Star Wars back in 1977. This Villager side-satchel was used by a supporting artist in an early scene from the film (attack on the Jakku village). The archive tag shows details of use.

The bag has been modified and distressed to suit production needs. It has had dirt and other materials applied to the exterior and also shows signs of ageing from storage. There is also still a little dirt inside the bag (sand, soil, straw) from the Jakku village set. The condition is Production Used. A fabulous one-of-a-kind collectors piece and a reluctant sale!

The item "Star Wars The Force Awakensgenuine screen-used production movie film prop" is in sale since Sunday, April 12, 2020. This item is in the category "DVDs, Films & TV\Film Memorabilia\Props\Original".