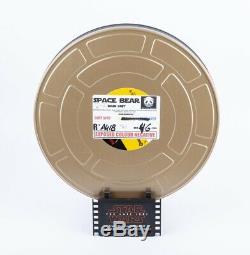 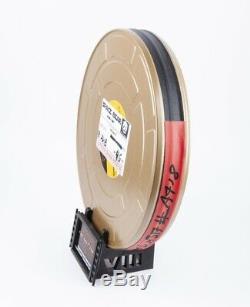 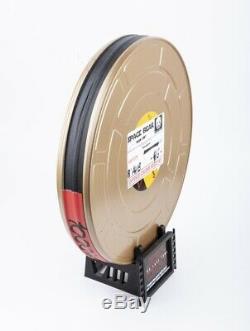 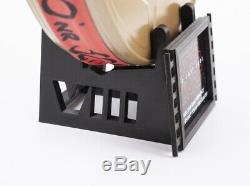 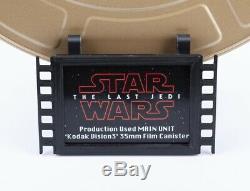 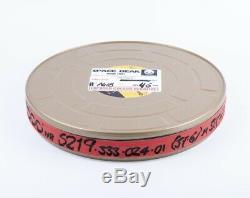 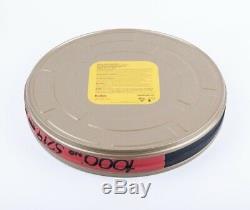 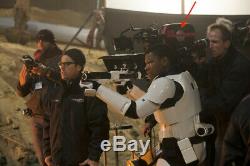 Star Wars: The Last Jedi - 35mm Production Film Canister & Display Stand. A production used film can from the 2017 sci-fi film Star Wars: The Last Jedi, starring: Daisy Ridley, John Boyega, Adam Driver, Oscar Isaac, Carrie Fisher & Mark Hamill. The film canister was used by the Main Unit to store daily takes on 35mm Kodak Vision 3 film, after a day's shooting was completed these cans were taken away for processing. This particular can is the larger 1000ft sized that features a production label on the front with technical details and the date 4th June 2016, it has the secretive working title "Space Bear" chosen by Rian Johnson, and the Panda Bear wearing a space helmet was created by production designer Rick Hendricks.

Around the can is red fabric tape with hand written technical details that came off the film camera, the last picture in this listing shows a behind the scenes still from Star Wars: The Force Awakens showing how this fabric tape was used on the cameras. This rare film can comes displayed on a custom 3D printed stand with the film title and description, on both sides are the roman numerals VIII (EP8).

This item comes supplied with a COA (Certificate of Authenticity). The item "Star Wars The Last Jedi 35mm Production Film Canister & Display Stand" is in sale since Friday, April 3, 2020.