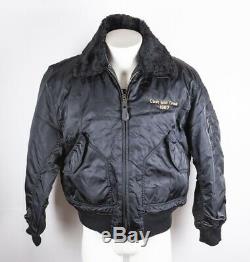 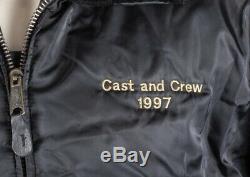 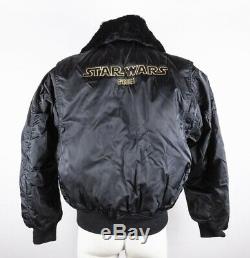 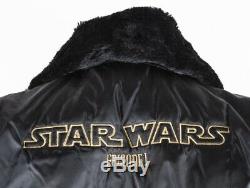 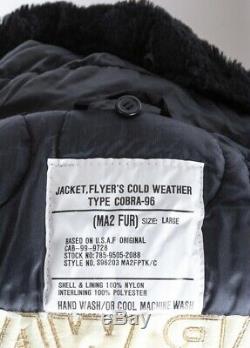 Star Wars: The Phantom Menace - Cast & Crew MA2 Jacket. A crew gift jacket from the 1999 sci-fi film "Star Wars: Episode I - The Phantom Menace" starring: Liam Neeson, Ewan McGregor, Natalie Portman & Ian McDiarmid. This black jacket would have been originally given to UK department heads/senior staff and cast members as a thank you for working on the film, it's a MA2 jacket and features embroidered on the front chest "Cast & Crew 1997", and on the back is embroidered "Star Wars Episode 1".

The jacket is like new and has never been worn, it still has the fur collar attached that can be removed. The jacket is a male size large. This item comes supplied with a Certificate of Authenticity.