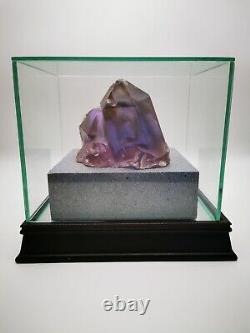 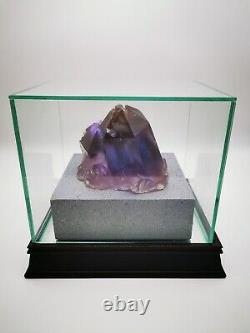 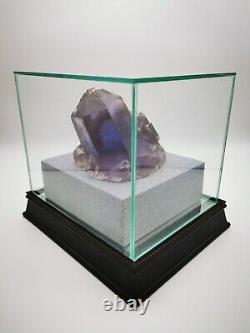 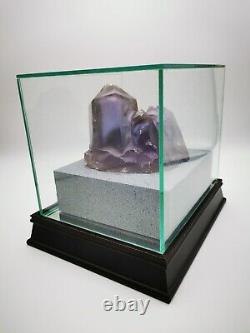 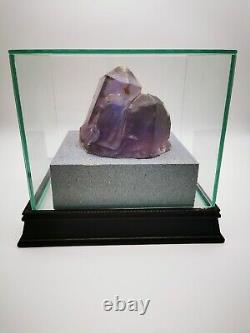 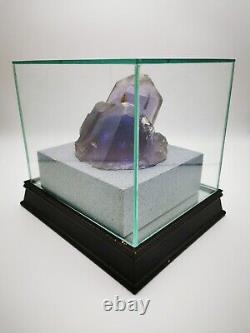 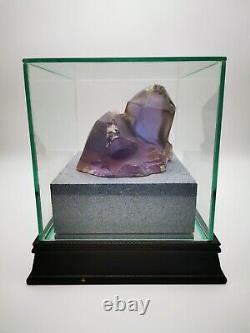 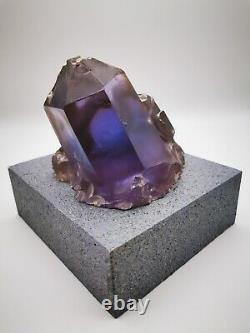 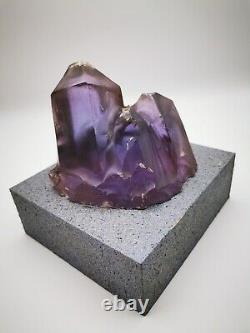 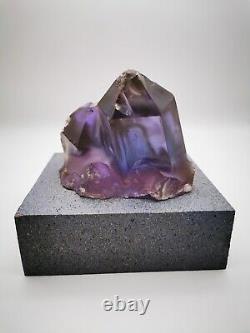 Here we have an actual genuine piece of Hollywood History from The 1988 Sci-Fi/Horror Movie. This Alien lifeform we all know as The Blob lays safe for now in a dormant comatosed state. Just looking at this legendary piece draws tingles down your spine. To give its guardian a sense of safety and comfort It is Professionally displayed or captured we might say in a custom made wood and glass case. The attractively crafted base holds a mirror to reflect any available light around the piece, upon this a stone like block sits to levitate the subject, within the block there are two led units which shine up and through to illuminate the lifeform from within, this gives it a staggering visual effect, especially on an evening and really is a conversational exhibit. Now the stage is finally set The Blob sits aloft. The Blob itself is a Gorgeous Purple Crystal Structure that is Angular Ancient and Bold, its appearance dominates attention and provokes thought.

This particular piece starred in the grand final scene where after an almost futile battle in the town square.. The Blob in all its might is frozen into an ocean of purple and pink crystals using Co2.. And still to this day it lays in that form. Michael Kenworthy fortunately saved two pieces that broke off the much larger structure after the scene had been recorded, a little while later all was dismantled and thoughtlessly disposed of.

Apparently only a couple of other actors took interest in having a keep sake of this otherworldly being which makes this piece of movie memorabilia so.. The Blob comes with a Signed letter and photo of authenticity from Michael Kenworthy (Kevin Penny, the younger son who survived the Blob) which guarantees its origins. Also included is a personal photo of Michael and Co Starring on screen Sister (Shawnee Smith) from the movie. (Apparently whilst filming the movie Michael stated Shawnee was his first ever crush).

We acquired this piece from America some years ago and it has always been a much prized asset of ours, however the days have moved on and now its time to let another Sci-Fi Horror fan enjoy its presence. A once in a lifetime chance to own a Monumental Piece of Sci-Fi Movie History.