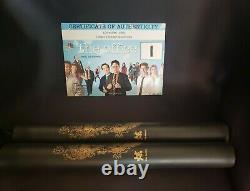 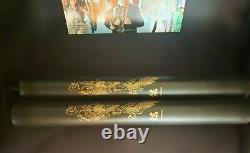 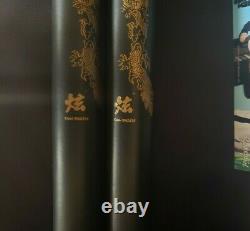 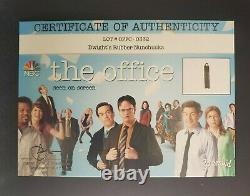 WAS USED ON SCREEN IN THE TELEVISION SERIES. Comes with an NBC Certificate of Authenticity.

Used in the episode, " The Negotiation". Dwight Schrute is a competent salesman, despite lacking general knowledge, at the Scranton. Branch of the paper distribution company, Dunder Mifflin. Dwight craves authority over his co-workers, and relishes any minor task that Michael or anyone else will give him.

Although Dwight acts superior to many individuals and is often resourceful in crises, he is shown to actually be quite gullible, ignorant, and naïve. Dwight has affinities for paintball. Battlestar Galactica, ping pong, survivalism, Goju Ryu karate.

He takes Karate very seriously, gaining a black belt in season 9. He was also "Senpai" to the Sensei of the Dojo in which he took part in. Due to the nature of this item which is described above. R eturns will not be accepted. The item "THE OFFICE SCREEN USED TV PROP withCOA!

DWIGHT'S NUNCHUKS" is in sale since Thursday, July 8, 2021. This item is in the category "Entertainment Memorabilia\Television Memorabilia\Props\Originals". The seller is "blaskorp" and is located in Las Vegas, Nevada.